I am a freelance translator (JAP <> ENG) and writer based in New Zealand.

Why am I in NZ? Because I met my girlfriend from NZ in Japan and she said she wanted to go back home. And I always questioned myself “Do I really want to work in Japan? I wouldn’t have my time if I work in Japan, would I?”

People often told me “You are gonna run away from Japan because you can’t get a job here.” or “What? Are you gonna follow after your gf? That’s embarrassing as a man.”

So let me sum up why I am in NZ here.

・Because I love my gf and want to stay with her.
・Because I do not like living nor working in Japan (with Japanese people)

My life had been pretty ordinary until I went to England in 2011. (I was bullied but that is another story so maybe later.)

I went to England in 2011, taking a gap year from the university.

I had no idea I wanted to do but I was almost forced to go to a university. I needed to make one of the biggest decisions in my life when I was an 18-year-old secondary student. (This is pretty insane, isn’t it?)

One year after I started my uni life studying English Literature, I decided to take a gap year.

First of all, let me say I love England. England is the country which my heart belongs to.

Living in England established my view of life.
I was often told me I was opinionated in Japan. No, I am not. Just because the Japanese around me don’t have an opinion.

I was always sceptical about that we all need to aim to get stable lives and told that it is weird. No, it is not. Just because the Japanese people around me never even suspect it.

I felt like I finally found the place I feel like belonging to. This is where I really belong to. I am not extraordinary out of Japan.

Life in Japan after England

After I got back to Japan, let’s say to the reality, I was shocked. I was shocked that how not attached I am to Japan.

I was always craving to get outside of Japan.

I was struggling to get out of Japan.

However, I was not sure if I could get a job with no experience. I hesitated so much.

As I was hesitating, I met my girlfriend, which made me decide to get out of Japan.

What I have done so far

Translated some articles for the media, Yurukuyaru.

Some of the articles. 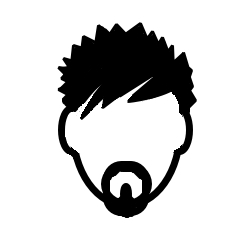